Treatment of tumors with ionizing radiation stimulates an antitumor immune response partly dependent on induction of IFNs. These IFNs directly enhance dendritic cell and CD8+ T cell activity. Here we show that resistance to an effective antitumor immune response is also a result of IFN signaling in a different cellular compartment of the tumor, the cancer cells themselves. We abolished type I IFN signaling in cancer cells by genetic elimination of its receptor, IFNAR1. Pronounced immune responses were provoked after ionizing radiation of tumors from 4 mouse cancer cell lines with Ifnar1 knockout. This enhanced response depended on CD8+ T cells and was mediated by enhanced susceptibility to T cell–mediated killing. Induction of Serpinb9 proved to be the mechanism underlying control of susceptibility to T cell killing after radiation. Ifnar1-deficient tumors had an augmented response to anti–PD-L1 immunotherapy with or without radiation. We conclude that type I IFN can protect cancer cells from T cell–mediated cytotoxicity through regulation of Serpinb9. This result helps explain why radiation of tumors can stimulate antitumor immunity yet also result in resistance. It further suggests potential targets for intervention to improve therapy and to predict responses. 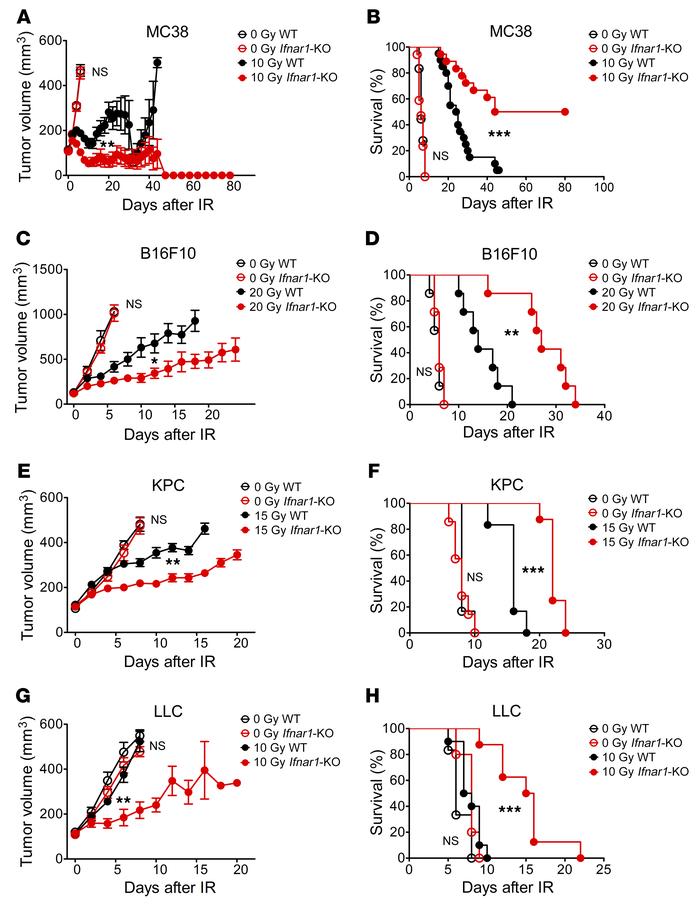